Considering the economic weight and strategic role played by the agricultural sector there is a strong case for companies engaged in the agri-food business to understand the necessity of developing a robust due diligence and risk-management framework. This is particularly true in developing economies, where the agricultural sector’s added value in terms of share of GDP reaches up to 50 percent and contributes as much as 30 percent to the national GDP in certain countries.

Depending on their scale of operations and position along the chain, agribusiness companies can be confronted with a relatively long and complex supply chain, involving a range of different players. Typically, for producers of agricultural inputs or technologies, its partners may include:

On the other side of the spectrum, for food manufacturers, the supply chain can expand well beyond national borders to comprise on- and off-farm partners, such as the above, plus:

The complexity of a supply chain will also depend on the fragmentation of the market, the size of the farming company (whether it is a large agricultural company or a small-scale farm), potential government involvement and the maturity of the industry on a local scale. Notably, in emerging economies where the predominant model is small-scale agriculture, it is common for producers to cluster around farmers’ cooperatives for trading their products as well as for obtaining credit and agricultural inputs. In turn, cooperatives may engage in different activities, including transportation, packaging and distribution of the produce.

An appropriate assessment of the potential risks that may surface along the agri-food business supply chain should take into account its specific structure, as well as the behaviour and performance of each partner in the chain.

Corporate Social Responsibility teams are essential in managing the reputation of a company. It is simply not advisable for a company to ignore sustainability, corporate stewardship, product stewardship, safety or environmental issues or issues around climate change. LEARN MORE

The agricultural sector is frequently exposed to episodes of corruption, typically involving public officials and politicians accused of bribery and embezzlement in relation to government subsidy programmes or international funds. Fraudulent schemes are set up to favour relatives or close associates of the government servants who are in charge of redistributing government money. Dishonest private companies also occasionally take advantage of bureaucratic loopholes or deficient monitoring by successfully managing to swindle public institutions to obtain undeserved assistance payments or cash reimbursements.

Furthermore, the agri-food industry is prone to reputational issues and regulatory pitfalls that could cause serious financial and brand damages to agribusiness companies. A reactive approach to a crisis caused by poorly-managed supply-chain processes leads to a comprised brand image, requiring higher costs and harder efforts to rehabilitate and to regain consumers’ trust.

Given the intrinsic characteristics of agricultural employment (including job seasonality, lower wages, and distance from urban centres and controlling agencies), the risk of exploitation along the supply chain is heightened, especially where the application of penalties and law enforcement is lax.

There have been numerous reports highlighting how farm workers in developing countries are routinely exposed to dangerous working conditions and health hazards, receive salaries below the minimum standards, and lack adequate housing facilities. Despite such terrible and abusive working conditions, most of them - being foreign or migrant workers - live in a state of constant fear of retaliation and deportation and refused to report human rights abuses. It is also common to find that most manufacturers fail to include farmworkers in farm audits. Companies supplied by these unlawful stakeholders can therefore be exposed to serious criminal liabilities and legal consequences.

Stories from the pipeline

In 2011, six of the world’s largest pesticide manufacturers – Monsanto, Syngenta, Bayer, BASF, Dow and Dupont – were put in the limelight after several studies criticised their widespread trade of dangerous substances for manufacturing herbicides and pesticides. The studies showed that, globally, pesticide poisoning had been responsible for over one million victims each year. The substances are banned in some countries, and their continuous use in other parts of the world has brought the attention of various international organisations. In December 2011, after a prolonged and highly-publicised trial, the Italian Permanent Peoples’ Tribunal issued a verdict that found the six companies responsible for “gross, widespread and systematic violations of the right to health and life, economic, social and cultural rights, as well as of civil and political rights, and women and children’s rights” and “systematic conduct resulting in violation of indigenous peoples’ human rights and other entitlements”.

Supplier Integrity® is an innovative supply chain risk management solution that gives you visibility across 30 compliance risk areas throughout the supplier onboarding process. REQUEST A DEMO

Mostly applicable to the farming, processing and transportation stages in the supply chain, environmental risks can have a significant impact, particularly if associated with specific products supplied by other partners in the chain. For instance, producers of agricultural inputs or cooperatives selling pesticides or seeds, farmers cultivating genetically modified organisms next to fields growing non-genetically-modified produce, or food transformers dumping their by-products in disrespect of environmental and health regulations.

As agriculture is widely considered to be a strategic sector, many nations allocate large sums of money in subsidies and other forms of supplements to support it. Financial issues can arise through frauds perpetrated against the state or private insurers by companies claiming undue benefits or improper compensation. Additionally, the variability in product yields due to external factors such as unpredictable weather conditions and uncertain market prices can have a strong negative impact on agri-food business entities which are not prepared for or resilient against strong economic downturns.

In regions where farming is controlled or managed by state enterprises and cooperatives, risks generated by limiting business competition or granting unfair advantages to selected entities are coupled with a higher likelihood of accessing the market through means of bribery or other illicit practices. Similarly, in areas where organised crime is endemic, chances of involuntarily dealing with or supporting criminal organisations are increased.

Stories from the pipeline

In October 2013, at the 13th International Agriculture and Food Forum in Italy, Coldiretti (Europe’s largest national association of farming companies), released a report which estimated that organised crime in Italy recorded staggering revenues from agricultural activities (a total of €14 billion). Alarmingly, the report also noted that such proceeds had increased by 12 percent from 2011. The phenomenon has been dubbed by Italian media as “Agromafie” (a moniker referring to the encroachment of mafia gangs in the agri-business). Driven by high profits, organised crime has stepped into strategic areas of agribusiness, imposing its control in different subsectors, such as farming and production (in 2013, 25 percent of properties confiscated from mafia groups were agricultural estates), transportation and distribution, and retail and food services (an estimated 5000 restaurants and bars were said to be controlled by criminal gangs or complicit associates).

Data and intelligence due diligence reports allow you to run risk-based background checks on your suppliers. FIND OUT HOW WE CAN HELP YOU

Agriculture, like other sectors, is not immune to business hazards – on the contrary, it exhibits specific risk features which pose serious regulatory, financial and reputational threats. Companies unaware of such risks or unwilling to prevent and mitigate them beforehand might find themselves in an uncomfortable position when confronted by supervisory agencies or stakeholders.

It is advised to build a comprehensive and far-reaching compliance programme, encompassing all potential risks along the supply chain and specifically ensuring that regulatory concerns are properly addressed and understood. Such a programme should be tailored to the organisation’s needs and resources, as well as its role in the supply chain. It should leverage good practices and make use of the best-available risk-management tools.

Companies need to be aware of the structure and potential risks of certain markets, allowing for regional and local differences. Very often in the agricultural industry, predominantly in emerging economies, a company’s suppliers or distributors are small entities without any compliance programme.

Improving the transparency and accountability of a company’s supply chain will facilitate the development of preventive measures. Vendors and suppliers willing to share details on their business practices will also be more likely to conduct business in an ethical way.

There are different tools to enable a better control system over the chain. A particularly-important tool is the implementation of a third-party code of conduct to allow a company to define its expectations regarding the conduct of its business partners in a cost-effective and efficient manner. Suppliers and channel partners must understand and commit to this code of conduct, both formally and in practice. Partners’ respect for and adherence to human rights, health and safety policies and regulations should be checked and evaluated.

Subsequently, once any risk-management programme is in place, the next step is to monitor its effectiveness and develop a remediation plan in case of any threats or remote risks.

Designing the right risk-assessment model will not completely eradicate vulnerabilities, but will certainly support companies to identify, prioritise and mitigate those risks.

The compliance landscape is becoming even more complex resulting from increased pressure for companies to p... 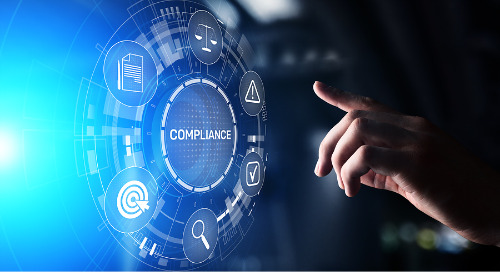 To encourage people to behave in a certain way you must first change the way they perceive compliance. Disc...