To understand the current state of regulatory affairs in Latin America (LATAM), it is important to consider that this region covers an extensive area that houses 26 countries with common (or at least similar) historical, language and cultural backgrounds. For example, the political climate and tolerance to corruption are different between Panama, Venezuela and Brazil. LATAM nations have been productive and competitive for international trade, particularly in the healthcare industry, as for decades they have supplied raw materials and manufactured products or finished products to the rest of the world.

The relevance of the healthcare industry in LATAM not only lies in the fact that research and development of medical technologies and pharmaceutical products save and improve millions of lives on a daily basis; but also, that this region comprises an extensive market with lower costs compared to other regions and larger jurisdictions (like the US, Canada or Europe). Additionally, medical practitioners and pharmaceutical professionals in countries like Chile, Argentina, Brazil and Mexico have solid academic preparation and strong professional credentials, as well as a capacity of offering good-quality and expedited services. Moreover, a vast majority of LATAM jurisdictions have implemented universal or expansive-coverage healthcare systems, while local governments have promoted initiatives and partnerships with companies in the private sector to improve infrastructure and service-delivery frameworks. For LATAM, the growing demand for healthcare products, including pharmaceuticals, has increased opportunities for foreign investment and provided traction for industrial growth and socio-economic development is driven locally and regionally. Reports from think tanks and international organisations like the World Bank note that it has been since the 1990s and 2000s, that providers of services and facilities, and device manufacturers, have been able to find valuable market opportunities. This is coupled with reforms aimed at improving the quality of healthcare as a public service while offering universal healthcare coverage.

Despite the fact that this large market has shown positive changes as of recently, regulation standards in this region have lacked consistency among its different jurisdictions. Such lack of consistency can be seen in the various aspects and phases of the industrial and market activity: going from production, including the quality-control phase, to the distribution and trade (both at large and small scale) of healthcare products; including pharmaceuticals, clinical equipment and medical devices. It is also worth noting that regulations in the regional healthcare sector have evolved slowly and that there are three main approaches used by governments and professional bodies to maintain and improve the quality of healthcare facilities and services:

These approaches are not mutually exclusive, and might even be complementary. However, they may also differ on whether they are mandatory or voluntary. Since the early 2000s, it has been possible to classify regulatory approaches in at least three categories, in the Latin American region:

In addition to the classification noted above, the Latin American region has the potential for the development of a rich, comprehensive and consistent regulatory framework. LATAM comprises a very large market, and the trend of implementing more effective regulations has tended to expand. According to a review issued by the Pan American Health Organization (PAHO) and the World Health Organization (WHO) for 2012-2017, both organisations are optimistic in their outlook on the current state of healthcare affairs in the Americas, as they have noted that the majority of jurisdictions across all the Americas region have aligned their domestic regulations and standards, in order to accommodate to guidelines of the Agenda 2030 for Sustainable Development, implemented by the United Nations (UN) in recent decades.

The region is ripe for consolidation of efforts to create some unifying frameworks for regulation in the healthcare industry but there are challenges. It is important to note the legal, integrity and business risks relevant to the industry, compliance culture, and geopolitics of the region: this includes the trafficking, smuggling, piracy and illicit alteration of drugs, which prevail as endemic problems.

Moreover, laws, regulations and bureaucratic processes in this region have evolved very slowly, as legal and regulatory enforcement approaches in most of LATAM jurisdictions have tended to follow a reactive, rather than proactive, or even preventive, stance. This is all on top of the other common risks that are inherent to the industry, such as corruption and bribery in governmental dealings and licensing processes; conflicts of interest and anti-competitive behaviour, data privacy concerns, fraud, intellectual property protection, and health and safety violations. All these issues entail serious liabilities, such as the considerable likelihood of facing civil and administrative actions, criminal prosecution and large fines, in addition to reputational damage for companies and individuals involved. Monitoring and evaluation have also constituted a weak control in the region. The need for oversight can also be a driver for more effective regulations and serving the public interest. Regulatory authorities must be trained and encouraged to collect, monitor and cross-check data to verify compliance. Concerning integrity risks and regulatory enforcement cases, some jurisdictions in which we have identified serious violations and instances of investigations, enforcement and sanction processes include primarily Mexico, Brazil and Colombia.

Particularly in the case of Mexico, The Red Flag Group’s business intelligence has shown that, since April 2016 a group of large distributors of healthcare and clinical products, especially laboratory and biochemical equipment, have been subject to a long-term investigation conducted jointly by the Federal Commission for Economic Competition (COFECE) and the Competition Committee of the Mexican Congress. Some of these distributors faced allegations and are suspected of being involved in collusive and other anti-competitive practices which generated more than USD 500 million in revenue coming from irregular state contracts, in detriment of the public treasury. As of February 2019, the investigation process is ongoing; however, it has already reached an advanced stage, and the COFECE has publicly stated that it confirmed the existence of anti-competitive practices conducted by some of the entities investigated, further noting that it will publish its results soon and that enforcement actions are expected to take place within the next few months.

Another case of remarkable efforts undertaken in LATAM, especially in the southern cone, includes advances achieved by the four member nations of the Common Market of the South (MERCOSUR): Brazil, Argentina, Uruguay and Paraguay, which altogether have achieved success in regulatory cooperation. This has been the case in the recognition of pharmaceutical and clinical products. Since the 1990s, regulatory officials have proposed and implemented harmonized standards for the production, trade and quality-control of medical products (under a system similar to that of the CE mark, implemented by the member countries of the European Union). In particular, members of MERCOSUR may have the same registration requirements; however, for certain products, such as medical devices, approval is required for each country, even if quality standards are harmonized. The MERCOSUR quality standards (also known as Buenas Practicas de Fabricacion, BPFs) were based on other standards of international and global scope, such as ISO-9001 and the US Food and Drug Administration’s Good Manufacturing Practices, among others. Under regulations proposed and implemented, devices are classified according to the health and safety risks they are prone to pose, in a three-level scale: Class I, for low risk; Class II, for medium risk; and Class III, for high risk. Under this system, the registration of medical devices is mandatory and have a validity of up to five years.

But aside from enforcement actions and the implementation of new regulatory standards, another aspect which merits attention, as it can offer valuable opportunities and wide room for innovation, is the need for promoting and implementing incentives to invest, innovate, and improve the quality of production and the delivery of products and services, in various aspects and different stages. In the last decade, regulatory improvement efforts not only have been focused on strengthening the stewardship role of the government authorities in overseeing the industry but also include incentive programs to invite players from the private sector in offering a service of public interest. This is typically done through fiscal and financial stimulus, sponsorship and knowledge-transfer programmes, as well as partnerships with entities in the public sector, including with academic institutions with vast research experience and strong focus in the different fields of healthcare, biotechnology, and medical practice.

Lastly, what can companies in the healthcare industry do with all of this information to mitigate risks, when it comes to local and regional compliance in healthcare matters? 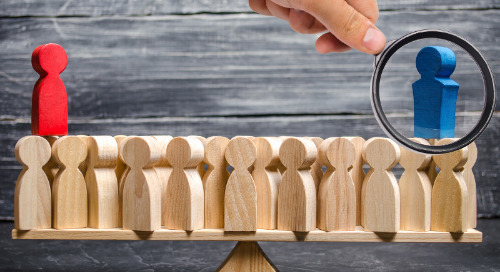 Nowadays, everyone is aware of the harm that a politically-exposed business partner or client can cause to ... 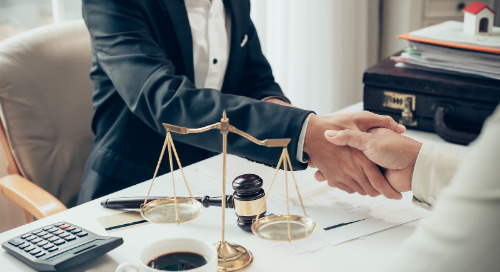 How to prioritise third party risk

How much due diligence should we be doing? Which third parties should be monitored? You are held responsibl... 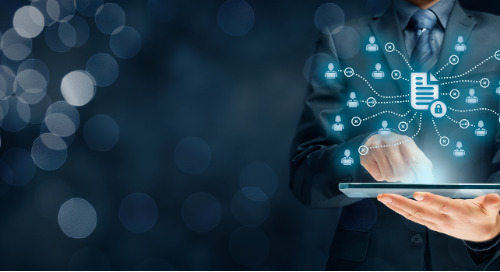