Compliance in Japan can be a cultural minefield

Three years after the announcement of Japanese Prime Minister Shinzo Abe’s ‘Abenomics’ economic package, a growing sense of disappointment has enveloped Japan, with signs suggesting that Abenomics is close to failure. Below is a summary of the challenges faced by Japanese organisations operating overseas and those faced by foreign corporations operating in Japan.

With a recessive domestic market, enduring deflation and a rapidly-aging society, part of Prime Minister Abe’s solution is to turn Japan into a global player through free-trade agreements, cross-border communication and incentives for foreign investment. However, one of the side effects of the Japanese venture into the global market is the exposure to compliance risks not considered by Japanese firms operating domestically.

In recent years several cases of corruption have put into question Japanese companies’ competence and aptitude to create compliance programmes that meet global standards. Already this year, Mitsui Motors revealed a US$1.4 billion loss for falsifying car fuel performance data, Olympus agreed to pay US$646 million to settle two bribery investigations by the United States Government, and a bribery cloud has surrounded the Tokyo 2020 Olympics.

The challenges faced by Japanese firms directly correlate with the country’s unique cultural characteristics, such as ‘groupthinking’ and hierarchical structure. While the Japanese culture of respect, especially for elders, is one of the most remarkable and referenced characteristics of the country, the tradition of not questioning authority can become burdensome when it comes to implementing a successful compliance framework. One of the elements of an effective compliance programme is equality – regardless of their position, all employees should be given the opportunity to speak up and question management or leadership decisions without retaliation. This is not the reality in Japan, though.

Japan’s cultural reluctance to question authority or resist decisions creates a significant barrier to successfully preventing and detecting misconduct. The groupthinking culture is not only expected from local Japanese employees, but also from regional offices overseas.

To overcome this situation, companies should implement confidential whistleblowing channels supported by non-retaliation policies, so that employees can inform against compliance issues and feel protected from reprisals.

Furthermore, head offices should afford their regional offices enough autonomy to implement tailored compliance programmes that are specific to the country risks and regulations where each regional office is based. For instance, a branch office in Brazil may consider a comprehensive anti-bribery policy given the high risk of bid rigging and subsequent exposure to Brazil’s new anti-corruption decree that sets strict liability to companies for their employee misconduct. However, for regional offices located in Southeast Asia, the focus may be on anti-corruption policies to account for donations, charity and gifts, which are the major risks of the region.

Japan prides itself on its hospitality and service, with its ‘omotenashi’ often said to be the best hospitality in the world. Part of this Japanese hospitality culture is the tradition of giving gifts and entertainment, including as part of business deals – it is common and expected to exchange gifts when doing business with Japanese companies. Business gifts include anything from fruit baskets to luxurious watches and extravagant dinners.

But while giving gifts and entertainment represents a way to express gratitude in Japan and in other countries in Asia, it can also be interpreted as bribery. The line between a bribe and an honest gift is not always easy to identify.

Japanese companies operating overseas should be careful to not create the wrong perception. Avoiding giving lavish gifts and hospitality is a good start, but setting up specific internal controls such as clear policies is crucial. Japanese firms should provide guidance to Japanese staff members in regional offices on the protocols of giving and accepting gifts, including outlining limits and requiring approvals. Regional offices should have full autonomy to determine what gifts or hospitality are acceptable according to the country’s culture and regulations.

Another factor that Japanese firms should consider is the need to educate staff at branch offices on the relevant risks and laws applied in the country in which they operate. Prevalent regulations, such as the United States Foreign Corrupt Practice Act (FCPA) and the United Kingdom Bribery Act, have comprehensive coverage. A Japanese company headquartered in Tokyo could be implicated under the FCPA if staff from a regional office bribed public officials in any part of the globe.

For example, in March this year it was announced that Olympus Corp. of the Americas had agreed to pay a US$623.2 million fine to resolve criminal and civil charges for violating the Anti-Kickback Statute, pertaining to a kickback scheme involving doctors and hospitals in the United States. Moreover, in a separate prosecution agreement, Olympus Latin America settled a US$22.8 million penalty for violating the FCPA. According to the United States Department of Justice, Olympus employees paid bribes to doctors across Latin America to buy Olympus endoscopes.

The lesson learned from the Olympus case is that certain regulations are extraterritorial and, in order to prevent compliance risks such as bribe, Japanese companies must hire experienced regional compliance personnel who can train and educate local staff on the laws that apply to their business operation.

Japan has a barely growing economy, an aging population with low birth rates, geographical disadvantages and sustained periods of low inflation and deflation. So why do foreign originations still see Japan as an attractive market? In spite of the country’s economic conundrum, Japan remains the third-largest economy in the world. The sophisticated Japanese market with its high GDP per capita, coupled with the country’s highly-skilled workforce, advanced technology and stable infrastructure services, makes the island nation a place full of opportunities for foreign firms.

However, before entering the Japanese market, any compliance officer needs to know the challenges inherent in implementing a compliance framework in Japan.

Understanding the regulatory environment and risks in Japan

Foreigner organisations must consider the regulatory environment and compliance risks particular to Japan. For example, foreign companies should be aware that Japan has an institutional practice known as amakudari, where retired Japanese government officials are installed in executive positions within the private sector as means of compensating them for their hard work.

Foreign corporations should also take into account the regulatory environment in Japan. An anti-corruption framework exists in Japan through a series of different laws, including:

Concerns are growing in Japan due to Prime Minister Abe’s increasing intolerance of critics from local media. Abe’s administration began to crack down on articles that misinterpreted his government’s policies and shut down news broadcasters over political bias. Japan’s questionable freedom of press has been reflected in the 2016 World Press Freedom Index, after the country came 72nd of 180 countries – worse than Tanzania.

It may be a little too soon to evaluate the consequences of Abe’s approach to media, but, from a compliance point of view, a controlled local media would pose challenges when conducting due diligence research using local Japanese media as a source. Compliance officers should exercise caution when identifying information in Japanese media.

The relevance of educating local staff also applies to foreign organisations operating in Japan. Foreign companies must have compliance personnel that can communicate the importance of a compliance programme to Japanese staff working in their office and, most of all, create a safe environment where employees can speak up without fear of retaliation.

Finally, compliance programmes must be properly monitored and issues prioritised. Monitoring should also include an independent risk-based compliance audit. A third-party audit can help measure the effectiveness of the current compliance framework. 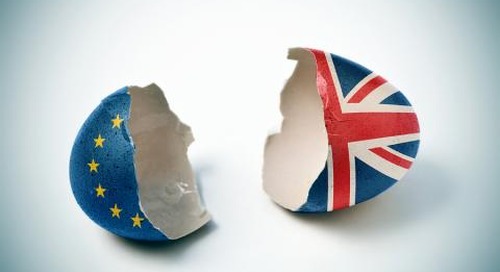 The impact of ‘Brexit’ for compliance officers

We will have to wait and see what the consequences will be for the compliance community, as many of the top... 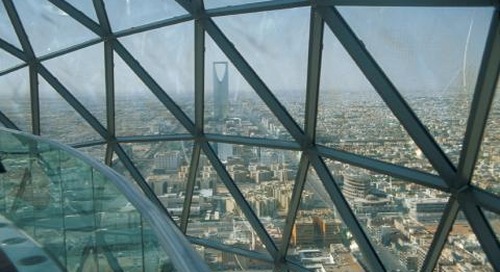